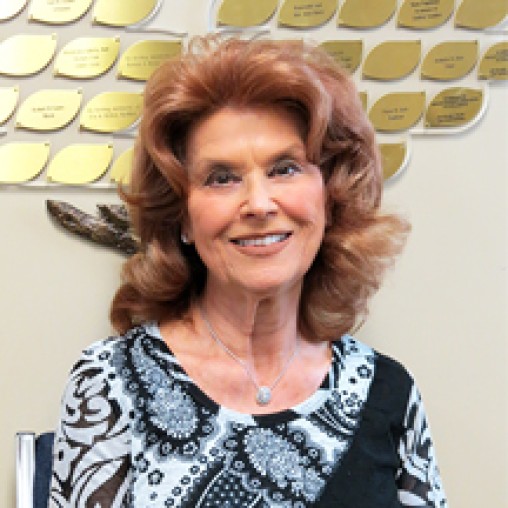 Suzanne Lapiduss, Jewish Day School’s honoree, follows George Bernard Shaw’s mantra, “The people who get on in this world are the people who get up and look for the circumstances they want, and, if they can’t find them, make them.” A member of the JDS board for 19 years, Suzanne has been actively involved in many aspects of the JDS, including their annual dinner dance and fundraising for more than 20 years, and is also a member of the JDS Endowment Fund board. Suzanne also established a memorial endowment after the tragic death of her son, Bobby, and since 1988 the Robert Brent Lapiduss Scholarship Fund has helped JDS students while perpetuating the memory of her son. Her heart is truly at the JDS – her children are graduates and she is so proud that her grandchildren are now attending.

But Suzanne’s involvement in the Jewish community doesn’t end at the JDS. Over the years, Suzanne developed Holocaust Education Programs in local Catholic schools and Parkland School District, re-established an Interfaith Round Table at the Morning Call where religious portrayal in the media was discussed, fundraised for the Breast Health Institute and was a co-founder of the Spina Bifida Association of the Lehigh Valley. Viewing the Lehigh Valley’s Jewish community as extended family, Suzanne is a past member of the Women's Division of the Jewish Federation, a past board member of Temple Beth El and can often be found working with children at the JDS. Suzanne focuses on President Franklin Roosevelt’s belief that, “We cannot always build the future for our youth, but we can build our youth for the future.” Her acts of Tikun Olam and belief that a sense of humor heightens our sense of survival define Suzanne Lapiduss as spectacular.

Mazel tov, Suzanne, one of our Spectacular Over 70 honorees.