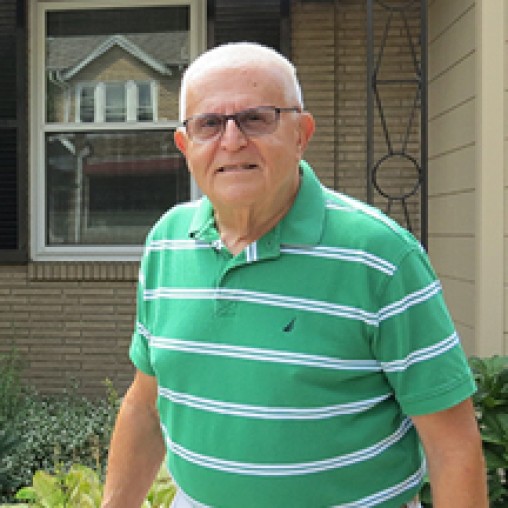 Myron Levenson, Temple Beth El’s honoree, fulfills mankind’s first mission to build a garden. Myron believes religious faith is an action verb and gardening is his activity. This activity and guidance has enabled the community to embellish its Jewish observance and feed the hungry. He has touched the soil at Temple Beth El, nurtured the interfaith garden at the Barn and sprouted the Jewish Day School’s Garden. Students at the Jewish Day School are learning that as they toil the soil, the bounty fills the Jewish Family Service Food Pantry, providing fresh produce that clients cannot afford to purchase. Although Myron claims to be a cultural, not a religious, Jew, he fulfills the highest level of tzedakah by not knowing who receives the bounty of his harvest. He believes an advantage of being an older person is that it gives perspective. As a board member of the Jewish Day School, Myron emphasizes that family is the center of everything and the world doesn’t revolve around us. He is proud to be a part of the Lehigh Valley Jewish community because of its strong base beyond individuals and their families. He is gratified to support Jewish Family Service because, “It is in line with taking care of human needs.” Like our other honorees, Myron Levenson doesn’t understand why he was chosen for this honor. But when asked about his mantra of service, he stated, “What can we do to help? I can stand on one foot and say, ‘Common decency.’” Myron’s  mission and gardens are spectacular.

Mazel tov, Myron, one of our Spectacular Over 70 honorees.