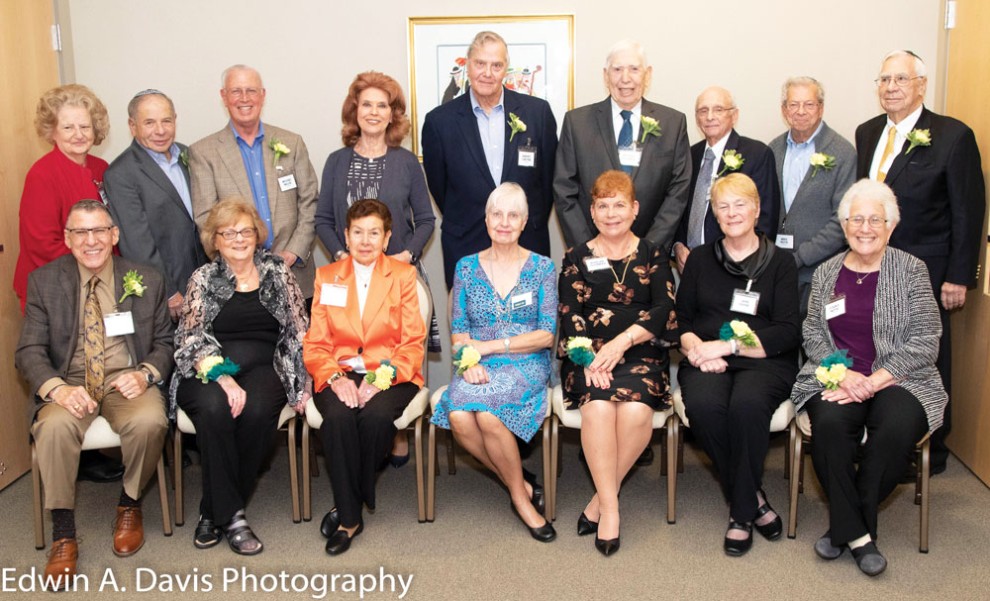 On Sunday, Nov. 10, Jewish Family Service held an elegant champagne brunch in honor of 17 spectacular older adults. These role models and mensches were the “Spectacular Over 70,” men and women who have shown their dedication as volunteers to the local Jewish community over many years. The honorees, nominated by Lehigh Valley synagogues and other Jewish organizations, were Harvey and Liz Cartine, the Hon. Maxwell Davison, Jeanette and Eduardo Eichenwald, Gordon and Rose Lee Goldberg, Suzanne Lapiduss, Myron Levenson, Jane Levine, Linda and Michael Miller, Cooky and Michael Notis, Ronald Segel, Ellen Schaffer and Jerry Weisberger.

The Temple Beth El social hall was packed with almost 300 attendees, who were greeted with coffee, mimosas and bloody marries to kick off the morning. The TBE youth choir started the program, leading the singing of “Hatikva” and “God Bless America.” JFS President Rabbi Allen Juda gave an introduction to the first video shown, highlights of the JFS’s recent food pantry grand re-opening after expansion and renovation this summer. Then he said the hamotzi before the guests helped themselves to bagels and tarts on the tables or made their way over to the omelet and French toast stations lining the side of the room.

After brunch was well under way, JFS Executive Director Debbie Zoller gave thank yous and remarks on social isolation before introducing the next video featuring JFS’s Mazel Meals program. Next JFS past president Wendy Born acknowledged the LIFE & LEGACY donors present. There was also a shout out given to Phyllis Kaufman and Judy Murman, the volunteer co-chairs of the event.

The co-chairs introduced each of the 17 honorees, and a video showcasing interviews with all of them, asking them such questions as “What makes the Lehigh Valley Jewish community spectacular?” and “What are some words you live by?” The audience was brought to laughter and tears at the heartfelt anecdotes and advice.

Upon departing, each honoree was presented with proclamations from local government officials, a certificate of recognition from JFS and a whole “wishing well” worth of notes from the attendees congratulating them.

The event not only celebrated those remarkable individuals honored there, but also aimed to raise awareness and support for the work of JFS, especially in improving the lives of older adults in the Lehigh Valley.