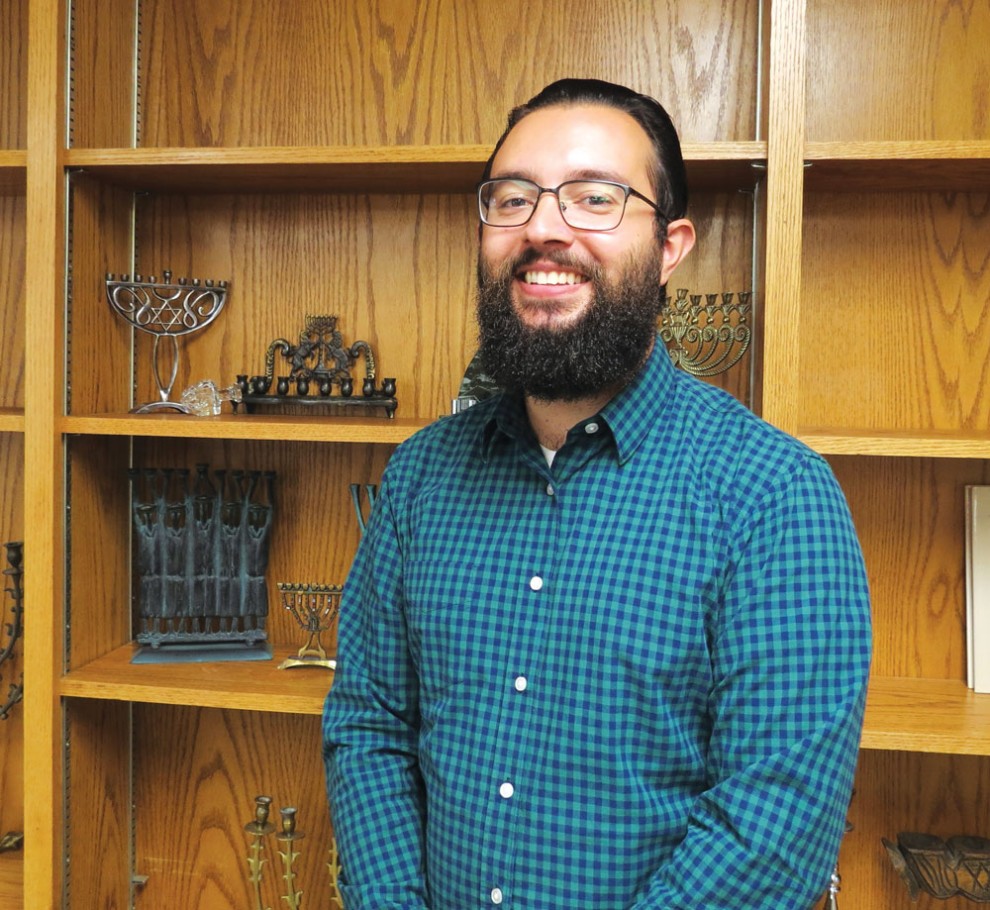 This year, Jewish Family Service is welcoming a new face to its office on Tuesdays and Thursdays. Daniel Phillips is a first-year full-time student at Marywood University’s Lehigh Valley campus at DeSales University, where he is studying for a master’s in social work. As part of his program, he has been assigned for the year as an intern at JFS.

Phillips’ background is in psychology, having earned a bachelor’s from Juniata College. The Lehigh Valley native has worked alone as an intensive case manager in the past, and was eager for the opportunity to work as part of a team at JFS.

“The setting sounded really interesting to me, having the option of seeing multiple social workers and case managers working in a team in an office,” said Phillips.

Over the next year, Phillips will be working under the supervision of Rebecca Axelrod-Cooper, community impact coordinator for JFS. One of his tasks will be conducting assessments for case management, something in which he already has experience. Phillips will also work with JFS staff on policy, something that will come in handy in reaching his future goals.

“Basically, I want to try to learn any part of the program I can and how it functions,” explained Phillips. “I’m hoping to eventually work in the administrative aspect of an organization, so any opportunity for learning something, I’ll probably be game for doing.”

What he hopes to learn most is seeing how an organization functions.

“The positives and negatives, the barriers to serving people, what the community needs and learning about different populations of the community that I hadn’t been able to access before, such as older adults,” were all interests Phillips listed as potential areas of growth in his education throughout his time at JFS.

When asked what he’s most excited about for this next year, Phillips said, “I’m just going to try to learn what I can about both social work and about the Jewish community.”