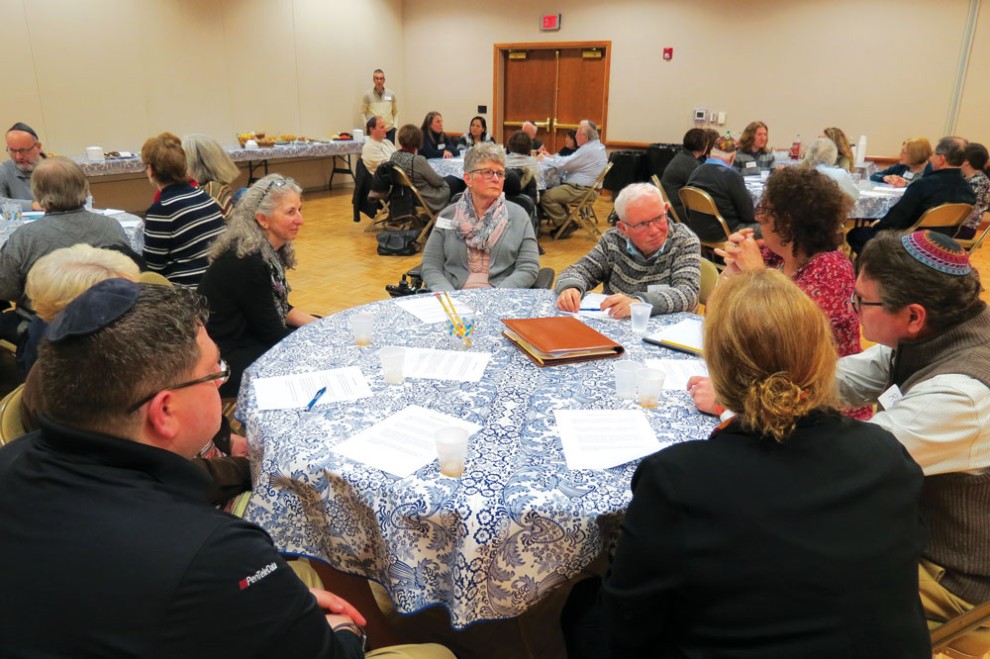 “It is important that everyone has a place at the table and knows that they are welcomed and loved.”

That is how Rabbi Michael Singer welcomed over 35 people assembled at Congregation Brith Sholom for an event entitled Community Conversations: Paying Attention to Disability on Feb. 24. The event was co-sponsored by Brith Sholom, the Jewish Community Center, Jewish Federation of the Lehigh Valley, and Jewish Family Service. It served as the highlight of the Lehigh Valley’s activities celebrating the 11th annual Jewish Disability Awareness and Inclusion Month in February.

Bob Witman, convener of the Lehigh Valley Disability Friendly Community Network, was the first speaker. He gave a somber reminder to the crowd about why disability inclusion is such an important topic. Less than a century ago, as Witman said, eugenics was a popular ideology among progressives in this country and other leading societies around the world. Hitler, of course, notoriously was a proponent of it, but even in America, there were tens of thousands of forced sterilizations of those deemed unift by the powers that be.

On the flipside, however, Witman gave a heartening picture of what humanity has been and could be. He cited ancient and even prehistoric examples of bones found of disabled people from primitive societies where their fellows took time to care for them and their every need.

“Even before the rise of modern man, we find evidence of people who could not live without assistance,” said Witman. “The way people of a time and place treated people with disabilities demonstrates the character and culture under which those societies operated.”

Amy Beck, MSW, LSW, executive director of Lehigh Valley Center for Independent Living, was the second speaker of the day. Speaking from her position both as a social worker and as someone living with a delayed diagnosis of disability, she led the rest of the discussion. She has the unique perspective of being both an advocate and an observer.

“The chair,” said Beck, speaking of the wheelchair which she now uses, “did not actually change me. It did not change the essence of who I am.”

“I’m not your inspiration, thank you very much,” said Young.

All of these speakers gave plenty of fodder to the conversations which followed around each table full of participants. Led by some prompt questions, there was real exchange of reactions, feelings and ideas, as people of all ages, Jewish and not, with and without disabilities, discussed all that had been raised before them.

Each group got a chance to have one representative from their table recap their conversation for the whole group. Then it was time to nosh on the array of appetizers and desserts prepared by volunteers from Brith Sholom before a screening of “My Hero Brother,” a documentary that was included in the program as part of the JCC’s annual Jewish and Israeli Film Series. The film followed a group of remarkable young people with Down syndrome and their siblings as they tackled the challenge of trekking up a mountain in the Himalayas.

Overall, the event succeeded at being exactly what it aimed to be—a community conversation. Hopefully the goal was achieved as Witman said at the end of his introductory speech, “Maybe, just maybe when we leave here this afternoon, the Lehigh Valley will be a better place. And doesn’t that say a lot about who we are?”