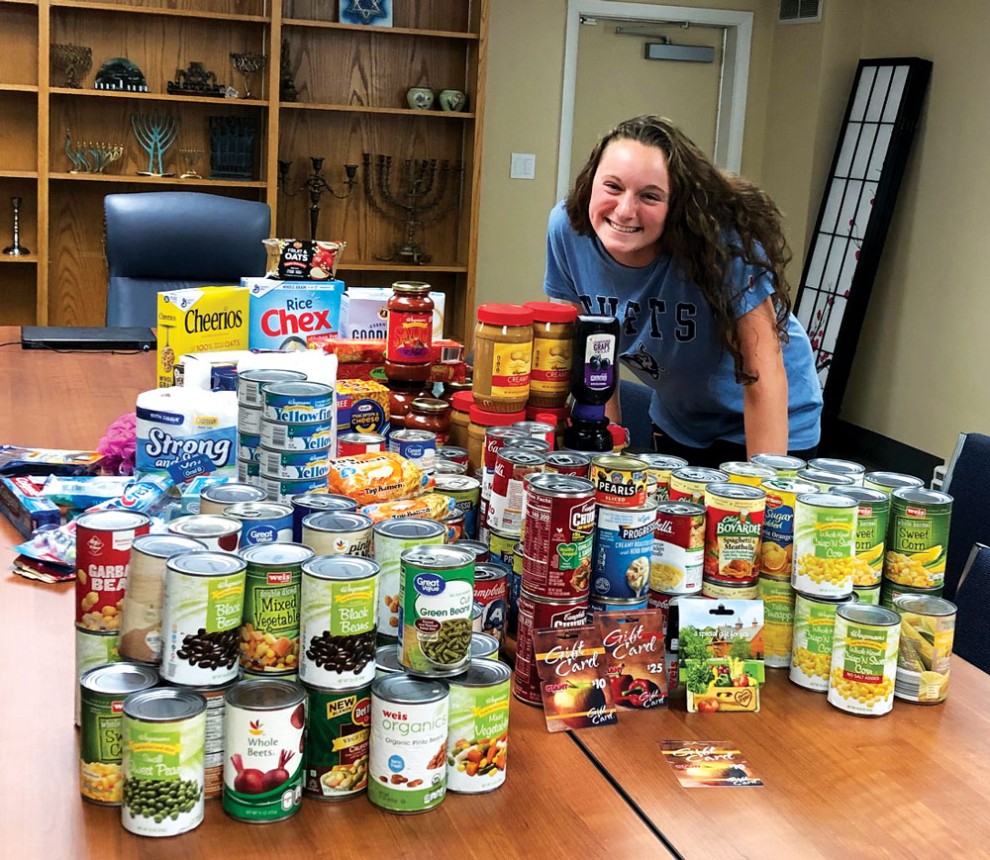 Leyna Fleischaker started volunteering at Jewish Family Service at age 12 as part of her bat mitzvah project, but she didn’t stop giving back after the celebration was over. Now a junior at Parkland High School, the honors student still makes time each summer when she’s not swimming or lifeguarding to volunteer at the JFS Community Food Pantry.

“I really like helping people, and I think it’s fun,” Leyna said. “I like talking to the people that come in and just having conversations with them while we go through the pantry.”

On Oct. 19, Leyna’s dedication to JFS over the past four summers was recognized when she was presented with the 2019 Second Harvest Food Bank’s Alice Anne Miller Hunger Hero Volunteer Award. JFS Volunteer Coordinator Chelsea Karp, who was invited to present the award to Leyna, says that the youth was “the obvious nominee” for this year’s award.

Second Harvest is a local partner that supports the JFS food pantry, and each year they present this honor to an individual who demonstrates an exceptional commitment to hunger relief in the Lehigh Valley.

Leyna said that with so many people from the local community nominated, she didn’t expect to win. She is the first teenager to ever be given the award, something her father, Jeff Fleischaker, describes as “a really big deal.”

But those who know Leyna are not surprised that her generosity is being acknowledged. Her co-volunteers were thrilled when she returned to the pantry and even at the age of 13 described her as “intuitive and sensitive to the needs of our clients without being asked to assist.” She is now one of the food pantry’s lead volunteers and has even started training new volunteers.

Leyna is also working to raise awareness and support for JFS even when she’s not there. For her 16th birthday, she requested that her family and friends donate canned goods and gift cards to the JFS Community Food Pantry in lieu of gifts for herself. The donations totaled over $125 in gift cards and close to 200 canned goods.

Leyna’s father is understandably proud of his daughter.

“Just having her nominated [for the Hunger Hero award] was a moment of huge pride for me,” he said. “When Chelsea called me to let me know she had actually won, I had a difficult time at work wiping the smile off my face for hours afterward.”