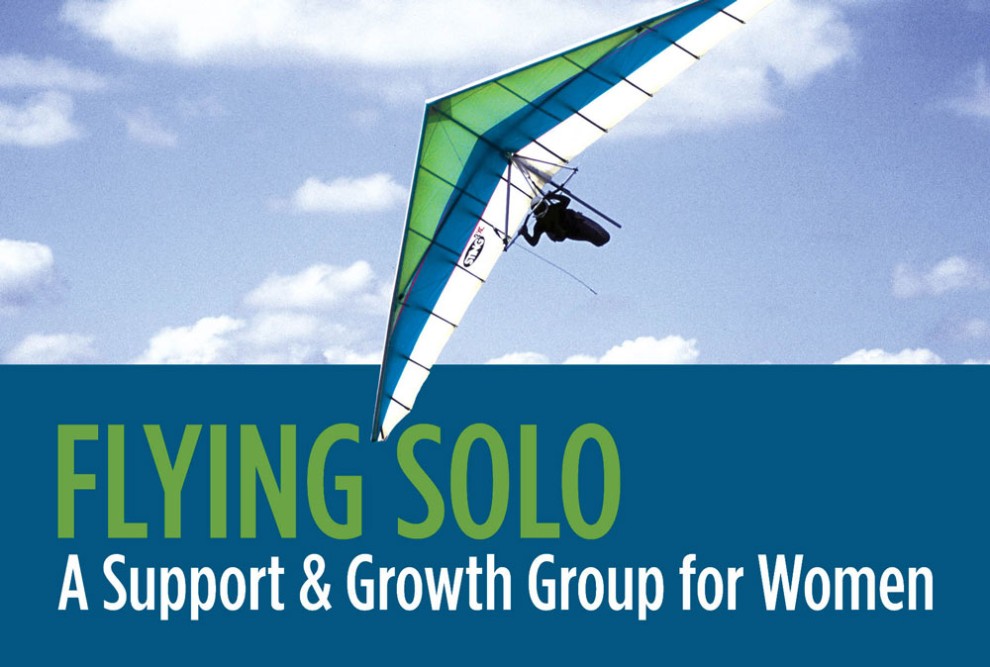 Are you a woman age 50 or over and living on your own? One of the many services which Jewish Family Service offers is support groups, and there is a new one starting up this summer. “Flying Solo” is a support and growth group for women ages 50 and up who are looking for a supportive place to share their stories, connect with others and thrive as singles.

Led by Susan Sklaroff-Van Hook, JFS clinical coordinator and resource specialist, the group will meet on six Thursday nights during June through August, with each session focusing around a different theme. Some of the topics covered will include maneuvering social situations, safety, health and finances.

“The idea with a support group is to have a safe and confidential place to come together with people with similar issues or who are on similar places in their journeys or lives to talk about things that they might not feel as comfortable talking about in other environments,” explained Sklaroff-Van Hook.

As for why this particular topic now, Sklaroff-Van Hook said that the time has actually never been better for it.

“This is probably at this time the largest population of older adults in history who actually find themselves being single later in life,” she said of the research which was part of the impetus for this group. There were many shifts in society in the last century, and whether through divorce, bereavement, difficulty finding compatible partners or choice, there is just a higher population of people who are single over the age of 50.

And women will benefit from this format the most.

“Women really do tend to find strength in intimate friendships and through self-disclosure, through talking. They thrive more in being able to share with each other. And as they grow older, that skill set becomes even more important, to have people in their network to share with,” said Sklaroff-Van Hook.

The format is meant to be both meaningful and fun. Each session usually starts with a check-in, might include some mindfulness work, centers on a discussion of that night’s theme and can wind down with a check-out.

Sklaroff-Van Hook has lofty goals for the group, including increasing social connections, learning coping skills and gaining the ability to manage some of the challenges facing the group members better.

“Just experiencing the relief with understanding that you’re not alone” is another major objective, she added.

Pre-registration by May 24 is required. $120 for the entire series. Sliding scale and scholarships available upon request. Contact Susan Sklaroff-Van Hook, LPC at 610-351-9961 or svh@jfslv.org to set up a pre-group appointment.