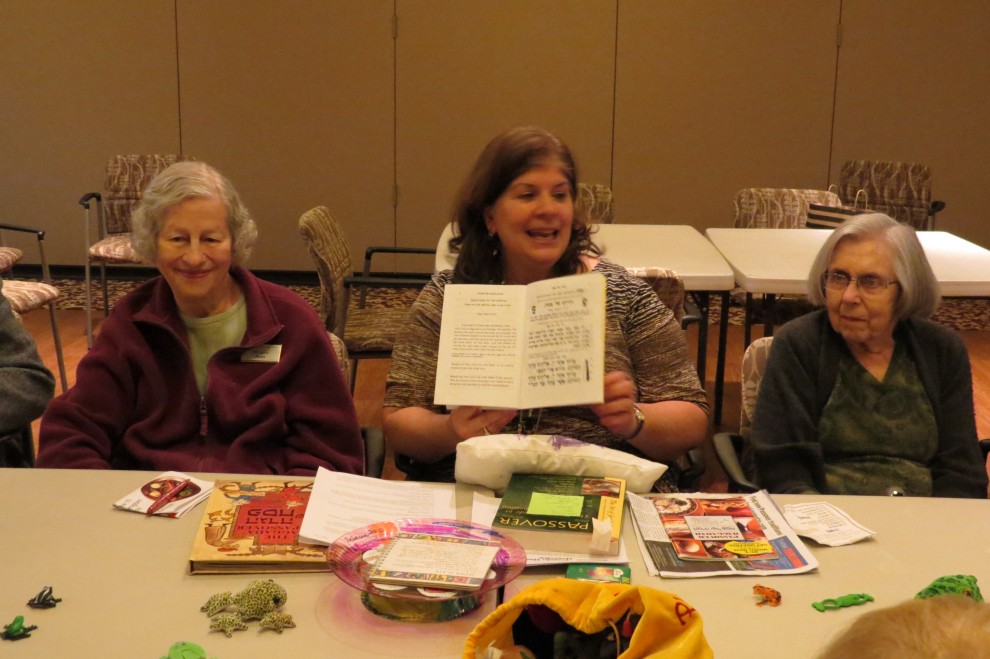 On April 6, JFS Clinical Coordinator of Older Adult Services Carol Wilson brought a Passover seder experience to over a dozen residents of Kirkland Village in Bethlehem.

The group of residents, which included people who were born Jewish, people who converted to Judaism and people who are not Jewish but wished to experience a Passover seder, first experienced an overview of the themes of Passover before diving into the haggadah and a variety of traditions.

Carol began by explaining several Passover customs to the group, including Passover cleaning, matzah, the seder and seder plate, the four questions, the 10 plagues and opening the door for Elijah. The residents were eager to get involved and explain their own traditions, including storing Passover dishes in the basement, lighting leavened bread on fire at a synagogue, traveling to Williamsburg to buy shmura matzah, bargaining for money when finding the afikomen and singing one resident’s mother’s songs from Russia.

In addition to the discussion, the residents experienced several activities such as tasting matzah, singing Dayeinu and trying some kosher for Passover desserts while perusing a plethora of haggadot from Carol. One of the haggadot even featured 300 ways to ask the four questions, from Vietnamese to Tolkien’s Elvish, and residents enjoyed finding the languages they grew up with.