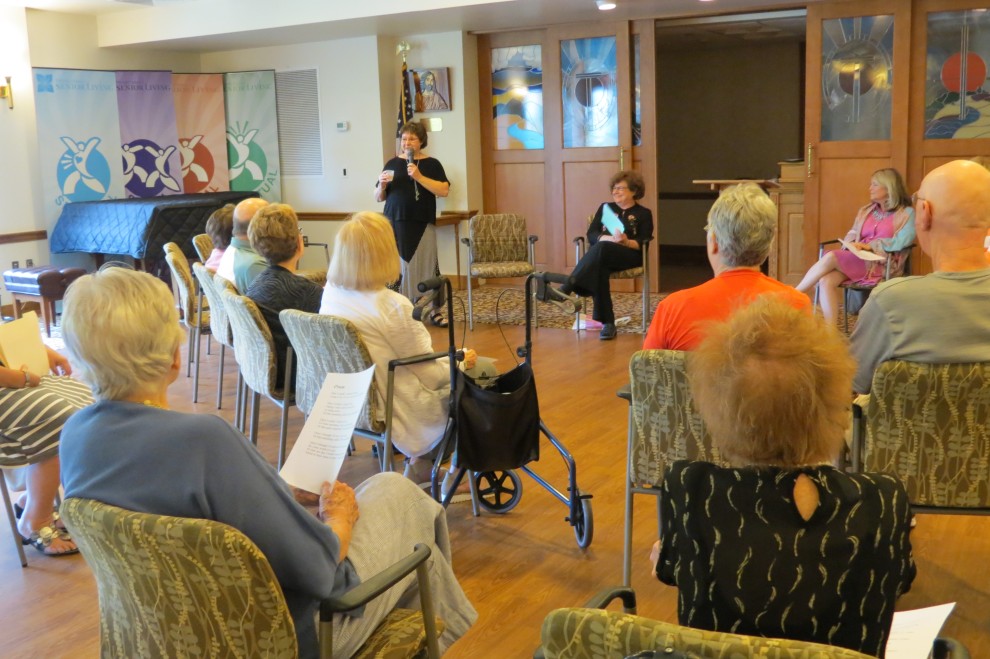 On June 26, the Kirkland Village auditorium was filled with laughter as poet Ruth Radin introduced her self-published book of poems to the residents.

Jewish Family Service sponsored the event, which began with Rabbi Seth Phillips of Congregation Keneseth Israel introducing Radin, her husband and three of her friends. She began with a responsive reading of a poem about miscommunication, whether her husband couldn’t hear her because of age or because of not listening, which drew great laughter.

That was the first of many poems filled with “wonder, surprise and wisdom” about aging, said one of Radin’s friends who ended up serving as the illustrator for her book. She spent time detailing the illustration process before passing the microphone to another friend, a retired teacher, who told the story of one of the poems. This one related to how to fill in the “occupation” field on a form at the doctor’s office after retirement; other subjects included dentistry and accepting rides from friends.

After some audience-led readings of Radin’s poems, she and her friends stayed to talk with the residents, and they shared a snack of strawberries and cookies. Many residents purchased the book as well, eager to share their day of mirth with friends and family.