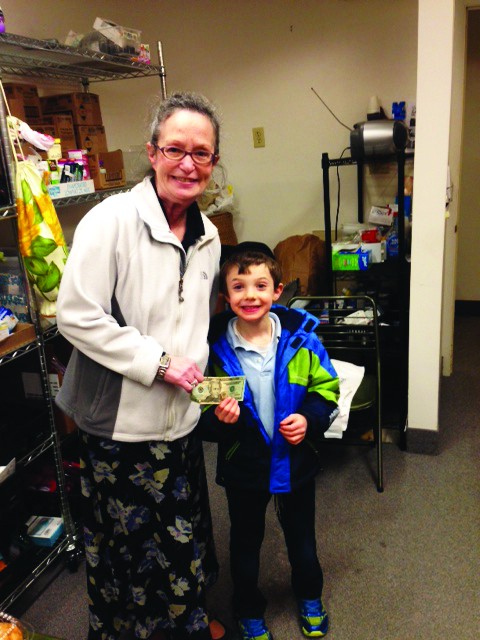 It was a dreary February day, and I was very cognizant of all the to do lists I had written and that feeling of needing to complete my work. The phone suddenly rang and it was Dr. Rachel Wilensky, one of our JFS Board members. She asked if I would be around the office because she wanted to come in with her son Moshe who wanted to donate money from his tzedakah box to JFS. She said it would only take a moment.

Later that afternoon, Moshe and Rachel arrived. I asked if I could take a picture of Moshe making his donation. When Moshe came into the office, he was somewhat hiding behind his mother and he seemed rather shy.

However, when Rachel and I began talking about Moshe’s kindness and desire to help others, Moshe became very engaged. I showed him our food pantry and we talked about hungry people. He met some of our staff who told him what a difference his contribution will make. I told Moshe that we would let him know how his contribution helped someone.  A couple of weeks ago at a board-staff retreat, when I re-told the story, Rachel said that I had turned Moshe’s dropping off the tzedakah into an experience.

How amazing it would be if more children and their families could connect to JFS by having experiences of giving. While dropping off a can into a bin is extremely helpful to JFS, seeing the food pantry and hearing about the people who use it makes it come alive. JFS often struggles with how to tell the story of what we do because we don’t want to violate our clients’ confidentiality.

If you are thinking about doing a Mitzvah Project through your school, synagogue or another organization, please consider calling JFS. Hopefully, the story of Rachel and Moshe will inspire you to make this meaningful connection. 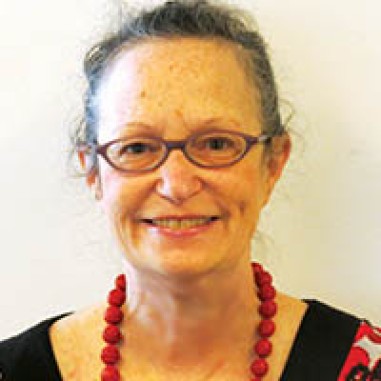