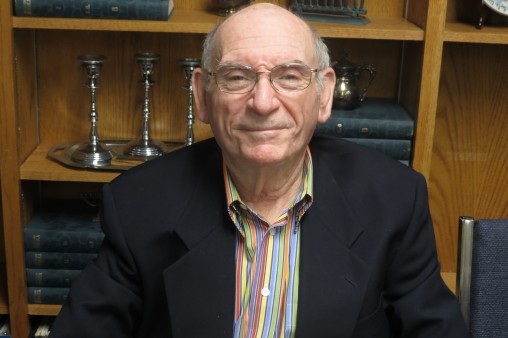 Born on Oct. 2, 1932, in the Bronx, Bernie owned a factory in Palmerton where he manufactured ladies’ blouses and pants for over 25 years before retiring at age 62. Bernie served as the president and treasurer of JFS and was instrumental in finding and renovating JFS’s building. He served on the board of the JCC. A member of KI, he joined their board of trustees as treasurer and then financial secretary. He was the president of the brotherhood at KI, and also worked in the kitchen as the brotherhood’s culinary vice president. When he retired from the position, he had a service honoring him, but he was back in the kitchen the next week! He was also a member of three rabbinic search committees for KI. Known affectionately as “Mister Bunny,” Bernie made all the costumes for the JDS Purim celebrations in his factory. Now, Bernie enjoys life with his wife of 51 years, Bunny, and their two children and four grandchildren.

Mazel tov, Bernie, one of our 8ish Over 80 honorees.