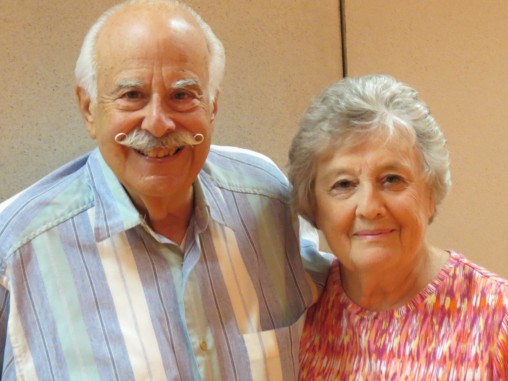 Herman Ytkin was born and raised in Easton, and along with his wife Jessica, he has been an active volunteer in Easton for many years. The couple met 55 years ago at a basketball game, and since then, they have been proud to dedicate their efforts to Bnai Abraham Synagogue in Easton. Herman is a third-generation member of the synagogue, and he has taken on a variety of roles including leading minyan on Thursdays and managing the cemetery for the past 32 years. Jessica served as sisterhood president and spent 30 years as the financial secretary for the synagogue. The Ytkins are still actively volunteering; Herman drives and Jessica delivers food for Meals on Wheels in Northampton County. Jessica is also a member of the knitting club in Easton.

Mazel tov, Herman and Jessica, two of our 8ish Over 80 honorees.