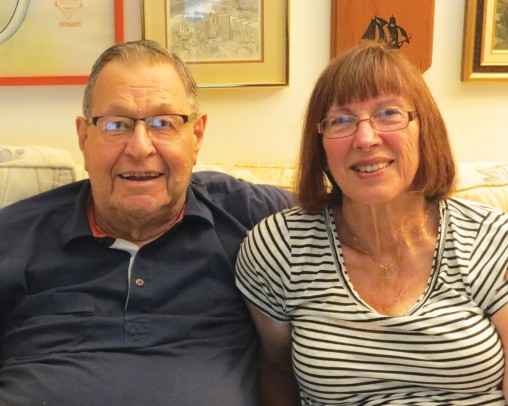 Syman and Anita Hirsch met as teenagers at a JCC dance and have been married 57 years. They have spent a half -century in the Lehigh Valley dedicating their efforts to veterans and the Jewish community. Anita is a proficient writer and has published six books and written for various newspapers in the Valley. Sy currently writes a blog called, “Syman Says: A Thought for the Day.” The couple once operated a concession stand at the Velodrome, where their claim to fame became pita pizza and the Velowedge sandwich. Their commitment to a healthy and active life is evident in their passion for living. They both believe wholesome humor and volunteerism are ingredients in the recipe for a fulfilling life.