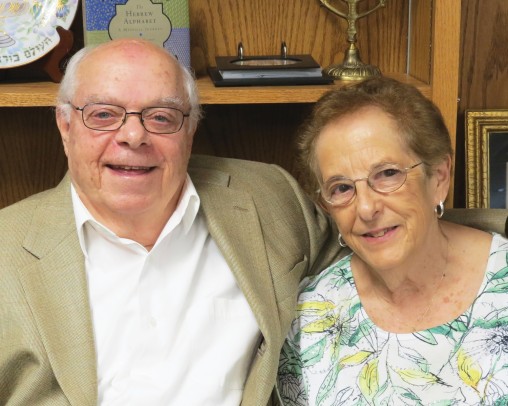 Norman and Sandy Wruble have been in the Lehigh Valley since 1970, when Norm accepted a job as principal of Saucon Valley High School, where he served for 23 years. Sandy was working as a speech therapist when she was offered the opportunity to serve as personal services manager for the Jewish wing of a nursing home. She spent 24 years working as part of the Beth Tikvah initiative at Manor Care. The Wrubles have been long-time members of Congregation Brith Sholom and were nominated because of their dedication to the congregation. They go at least three times a week, and Sandy serves on the board as membership chairman, as a member of the kiddush committee and volunteers to cook in the kitchen. The Wrubles work together on projects like the New Year directory. Both have also volunteered at Muhlenberg Hospital. “We keep very busy, but we like it that way,” Sandy said.