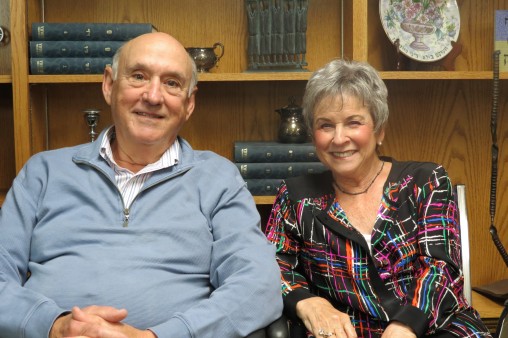 Marlene and Arnan are approaching their 55th anniversary; Arnan moved to Allentown in 1954 and Marlene joined him when they got married in 1963. As a life member of Hadassah, Marlene co-founded the evening study group and became vice president of programming for Hadassah and Temple Beth El Sisterhood. She was involved in the JCC Women’s Auxiliary, served on the first JFS board, working her way up over time to become the president at the same time as she was getting her MSW. She worked in inpatient psychiatry for 10 years and was in private practice for 25 years. She was also on the board of Planned Parenthood and edited their newsletter before co-founding HAKOL, the Jewish Federation’s newspaper. Arnan served on the Federation board before becoming campaign chairman in 1973 during the Yom Kippur war, and later became president. He was also involved at the JDS, where the couple’s three daughters went to school, the JCC, and Temple Beth El. Upon graduating from Lehigh University as an engineer, Arnan went into the Air Force before joining his father in the textile business. He later worked as a real estate developer. Marlene and Arnan were also founding members of Am Haskalah. Marlene and Arnan enjoy spending time with their six granddaughters and love to travel frequently.

Mazel tov, Marlene and Arnan, two of our 8ish Over 80 honorees.